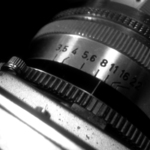 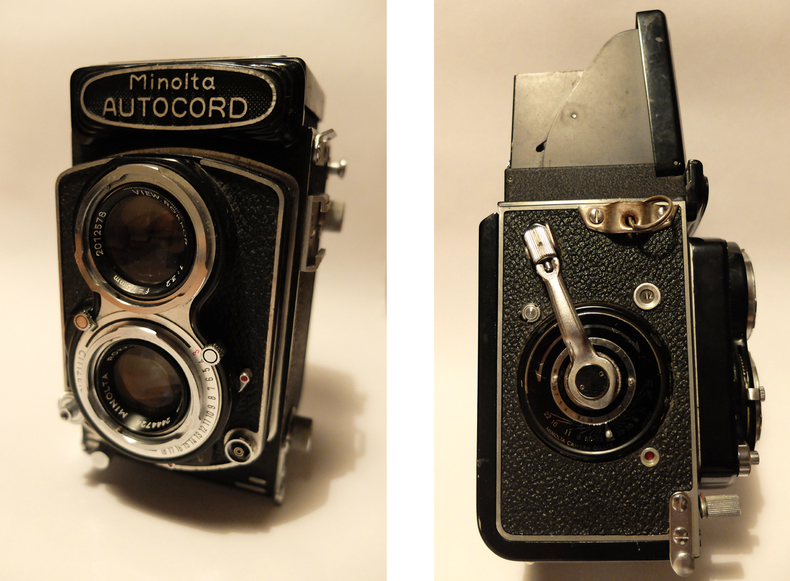 The camera on the left is a Minolta Autocord from Gerry's collection. The one on the right is the same model, but it's one I've owned for twenty-seven years. Gerry gave it to me for my seventeenth birthday ( I think it also covered a Christmas present - it wasn't cheap at the time). I was staying with him in Devon and he had seen it advertised for sale in Amateur Photographer. The seller was nearby so we went to have a look. I can't remember who was selling it, but I recall an old house and a dark red sofa. After checking it worked, Gerry asked if I liked it. "Yes," I said. "Well, it's for you." Up until then I thought he was buying it for himself, so it was a surprise. I'm not sure how many seventeen-year olds would be excited by a thirty-year old camera, but I was.

It was the first medium format camera I owned, and I think it's still my favourite. The Autocord was Minolta's version of the Rolleiflex, a simple but well-made twin lens reflex with a waist-level finder and an excellent lens. It's light and really easy to use. I particularly like the focus control, which is a slider underneath the lens. Much better I think than the side-mounted control on the Rollei. It's apparently an idea nicked from Voigtlander, as their pre-war Focussing Brillant TLR used exactly the same system. 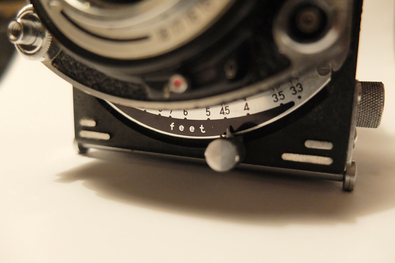 It seems pointless to try out a camera I'm already familiar with so I thought I'd do something different in this article - a bit of psychogeography really, and photography as history. Whilst rummaging in the loft for a cable release, I came across some negs I'd shot on my Autocord almost twenty-five years ago. I know the timescale because, with untypical diligence, I'd labelled them with the location and date: Bloomsbury/ St Pancras, June 1991.

On the face of it these are pretty dull photos, but to me they've become more interesting over time for several reasons. Here's the whole roll in sequence: 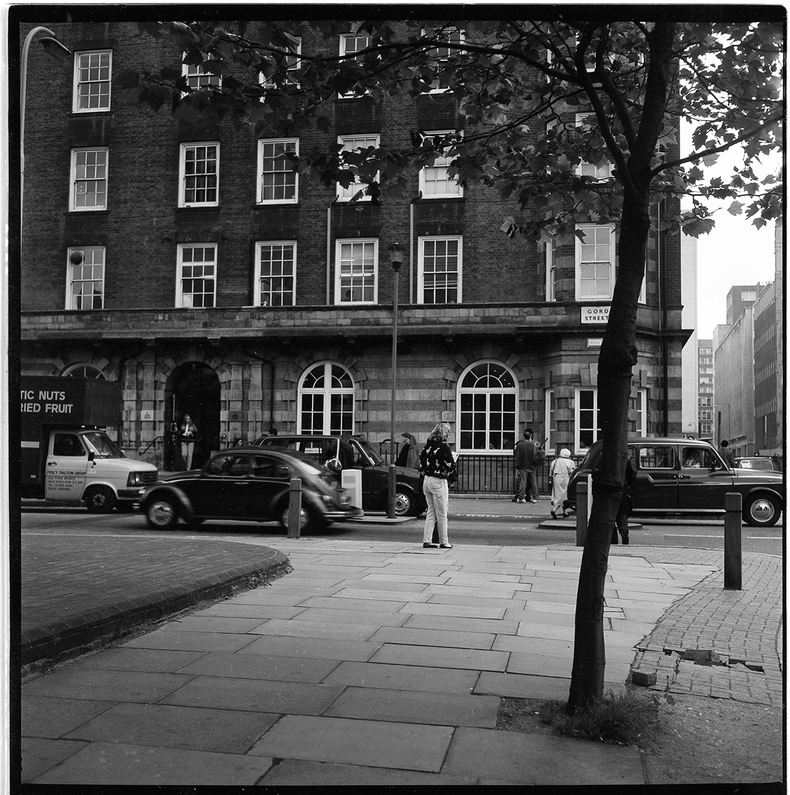 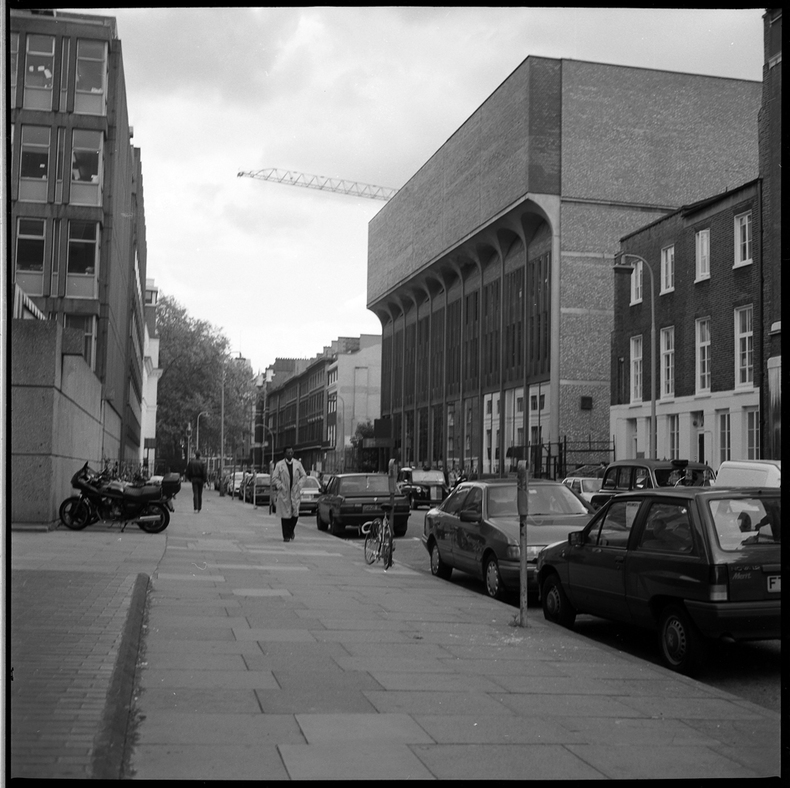 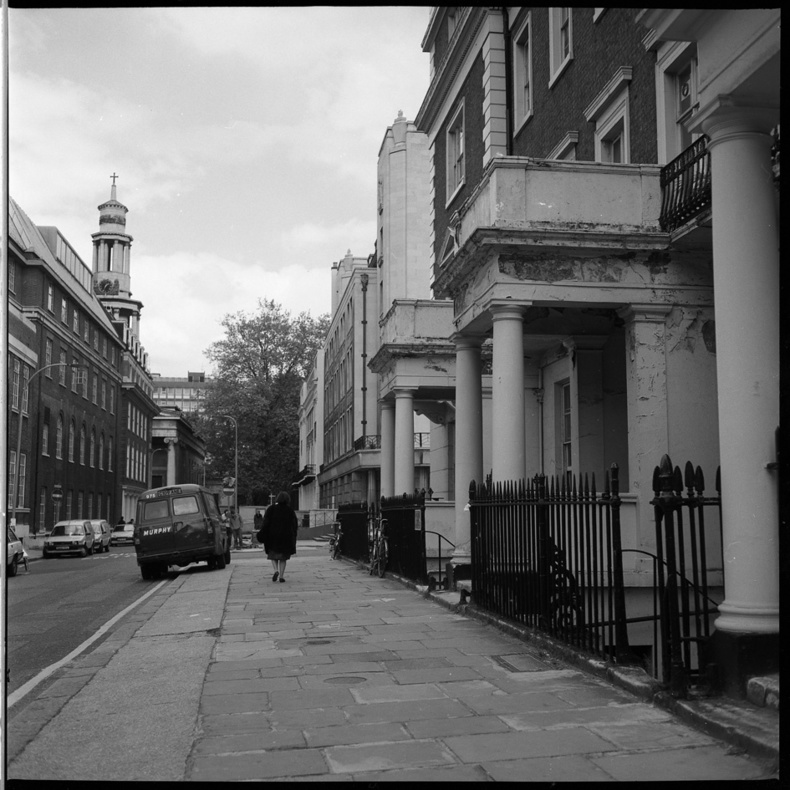 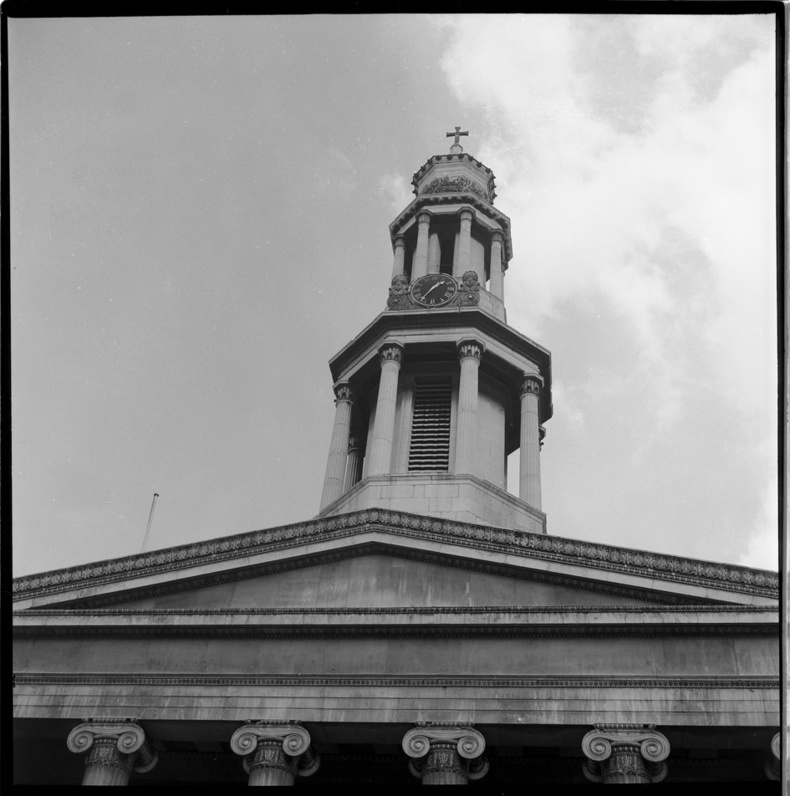 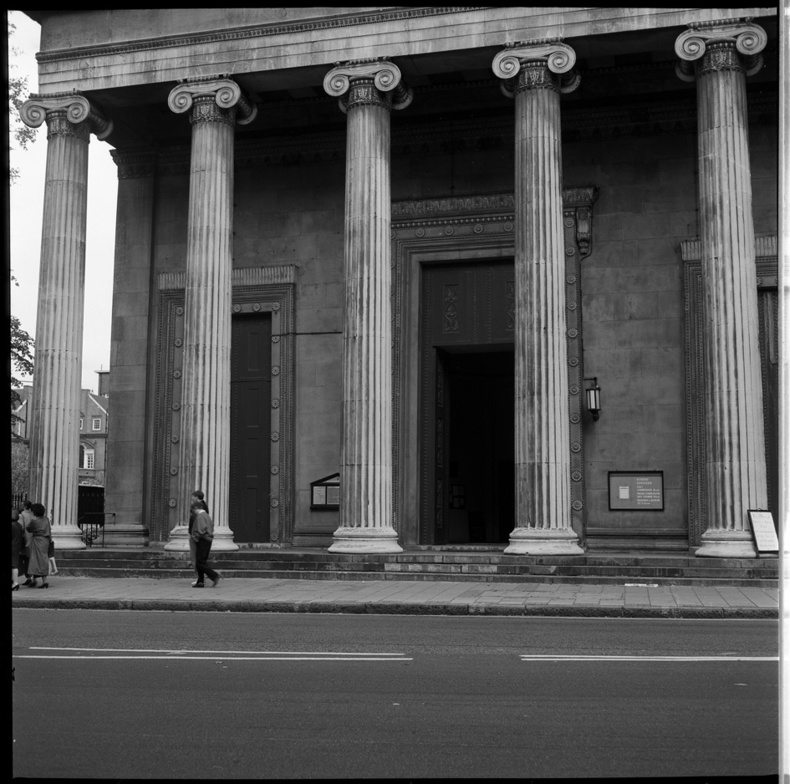 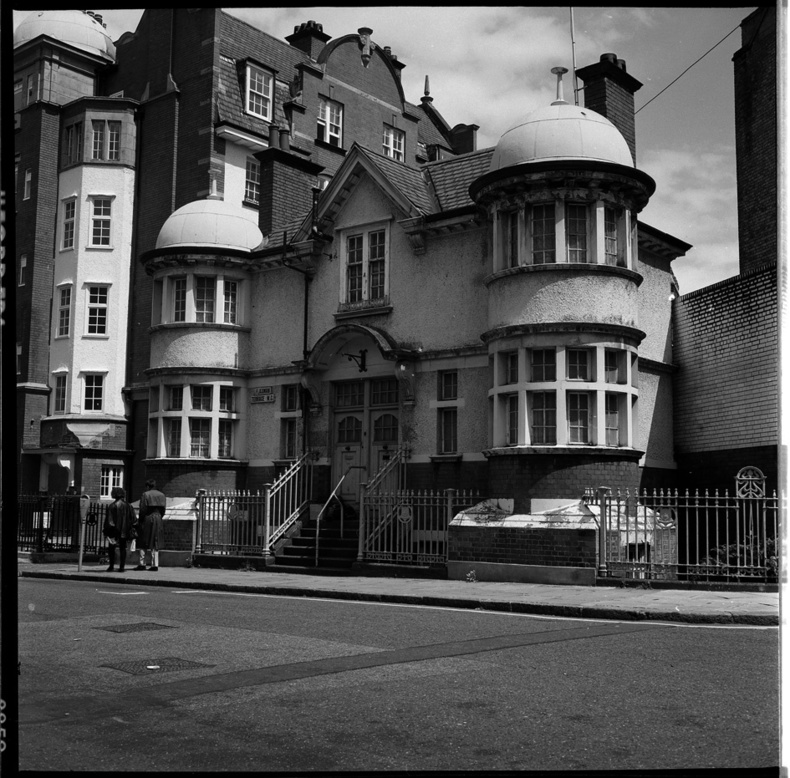 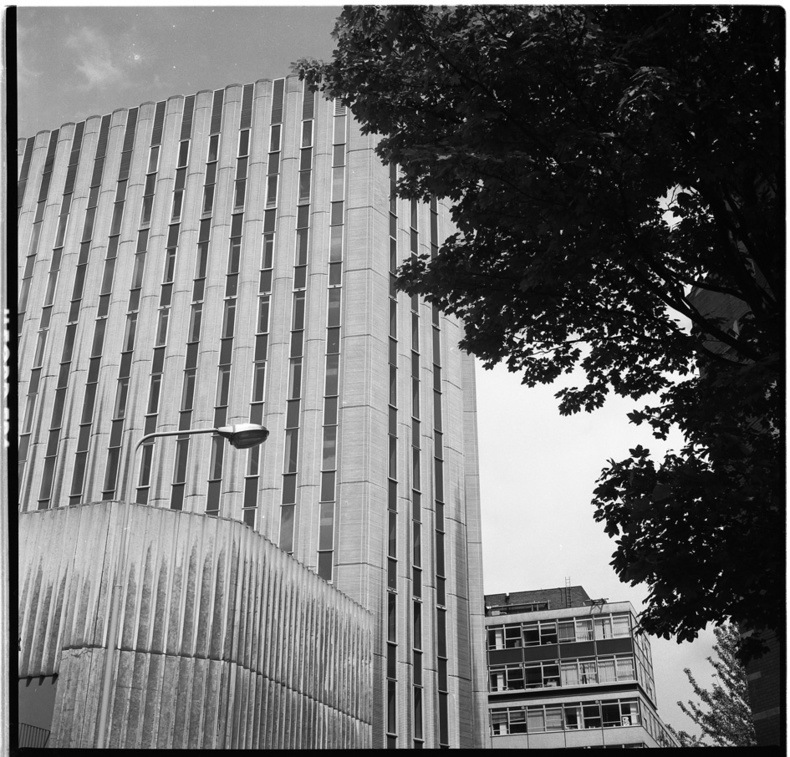 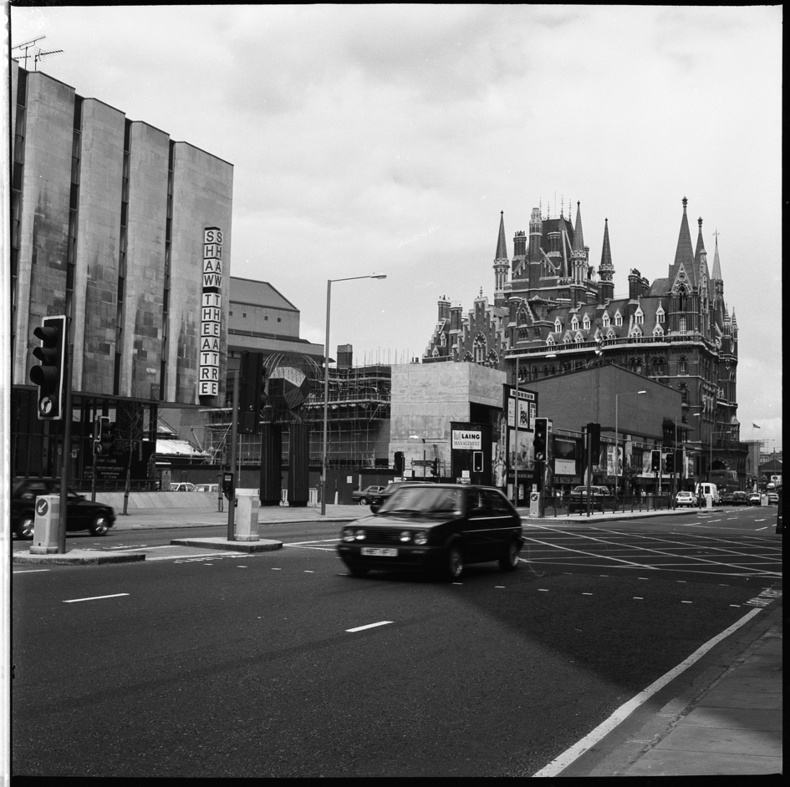 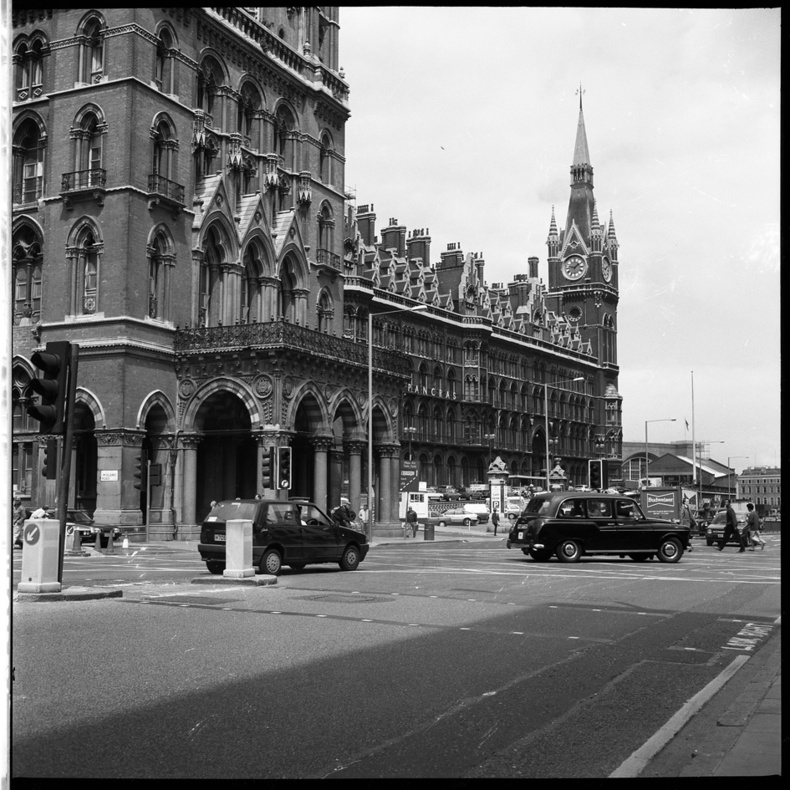 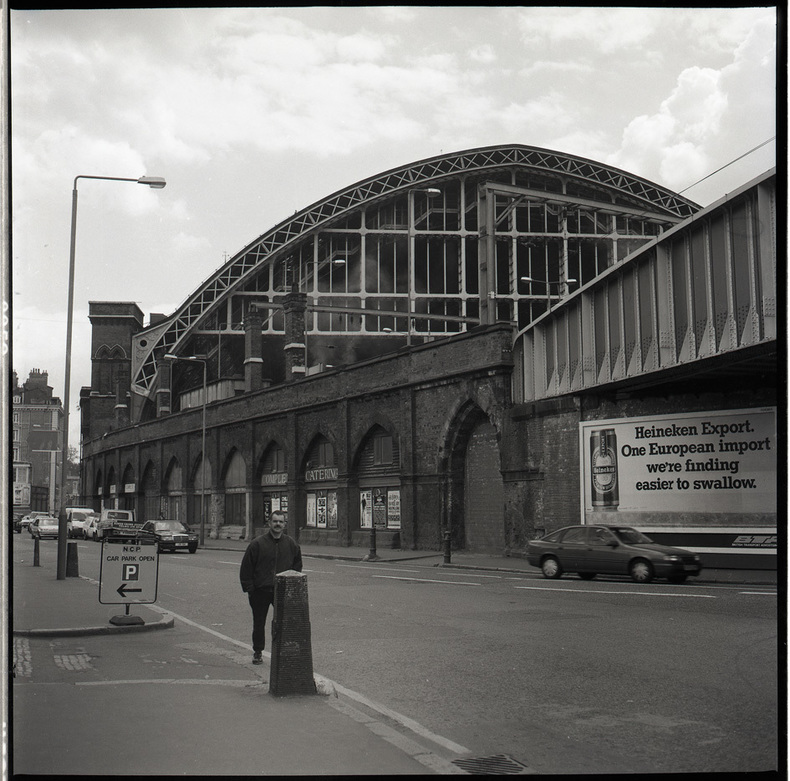 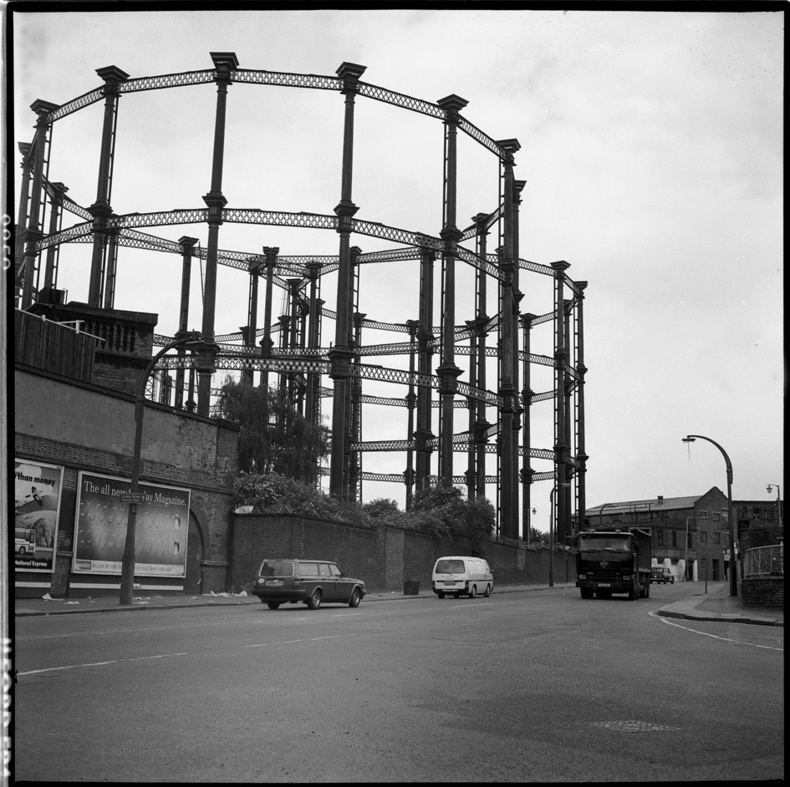 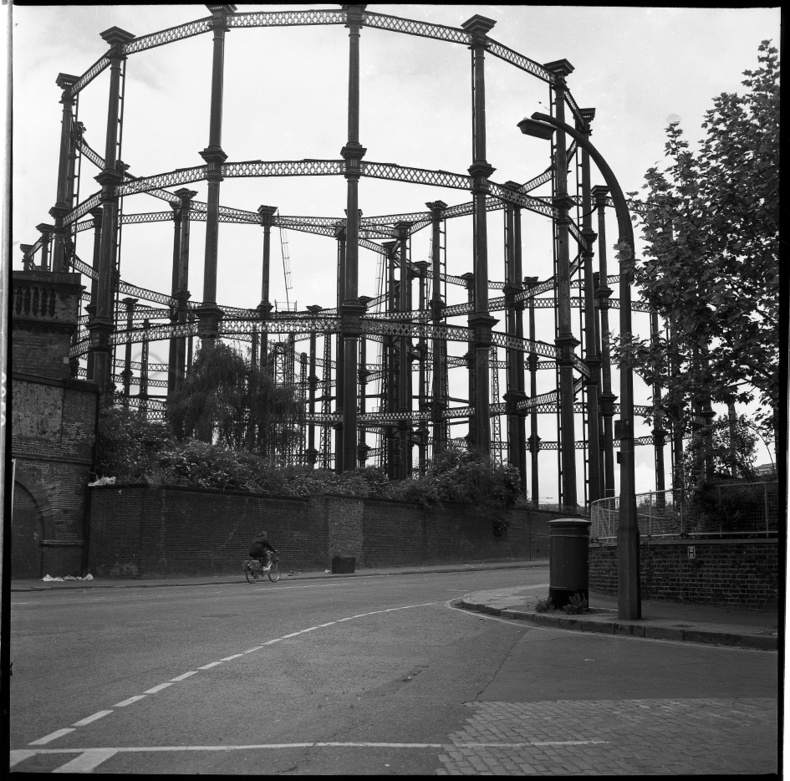 Firstly, what's fascinating to me is the idea of how long it takes for photos to become historically interesting. These are just on the verge of it, and some more so than others. On the one hand there's the fashion angle: the few people that appear in these shots are sporting some very eighties looking gear considering it's 1991. The exception is the bloke in front of the St Pancras arches, who could be from any decade in the last forty years. If you're after a timeless look it seems the bomber jacket's the thing to go for.

Old cars always interest me in period photos, but the ones here don't look that old to me - maybe they would to someone younger, or perhaps cars haven't changed all that much style-wise in the last three decades.

The shots that have gained the most appeal with time are where the architecture has changed dramatically. There's the image of the British Library still being built, which really roots the photograph in a particular time, and in particular there are the shots of St Pancras and the back of Kings Cross. If you try and find these views now they simply don't exist - the whole area's been so comprehensively redeveloped the roads aren't even in the same place. The linked gasholders in the final two shots have now been dismantled, but are apparently to reappear soon, framing circular blocks of luxury flats. I always loved these grand Victorian structures, and took numerous shots of them over the years, all with the Autocord.

The final aspect of these images that really strikes me is that, looking at them in sequence, I can trace the exact route I walked that day twenty five years ago. I'd just finished my first year at university, and the starting point was the student union. I can only dimly remember the walk, but that area of London is so tied to a particular period in my life that these simple images conjure up all sorts of memories. Even though they just consist of streets and buildings, there's still an emotional resonance, at least for me. That's the power of photography I suppose - even quite dull photography. At least most of them are in focus...